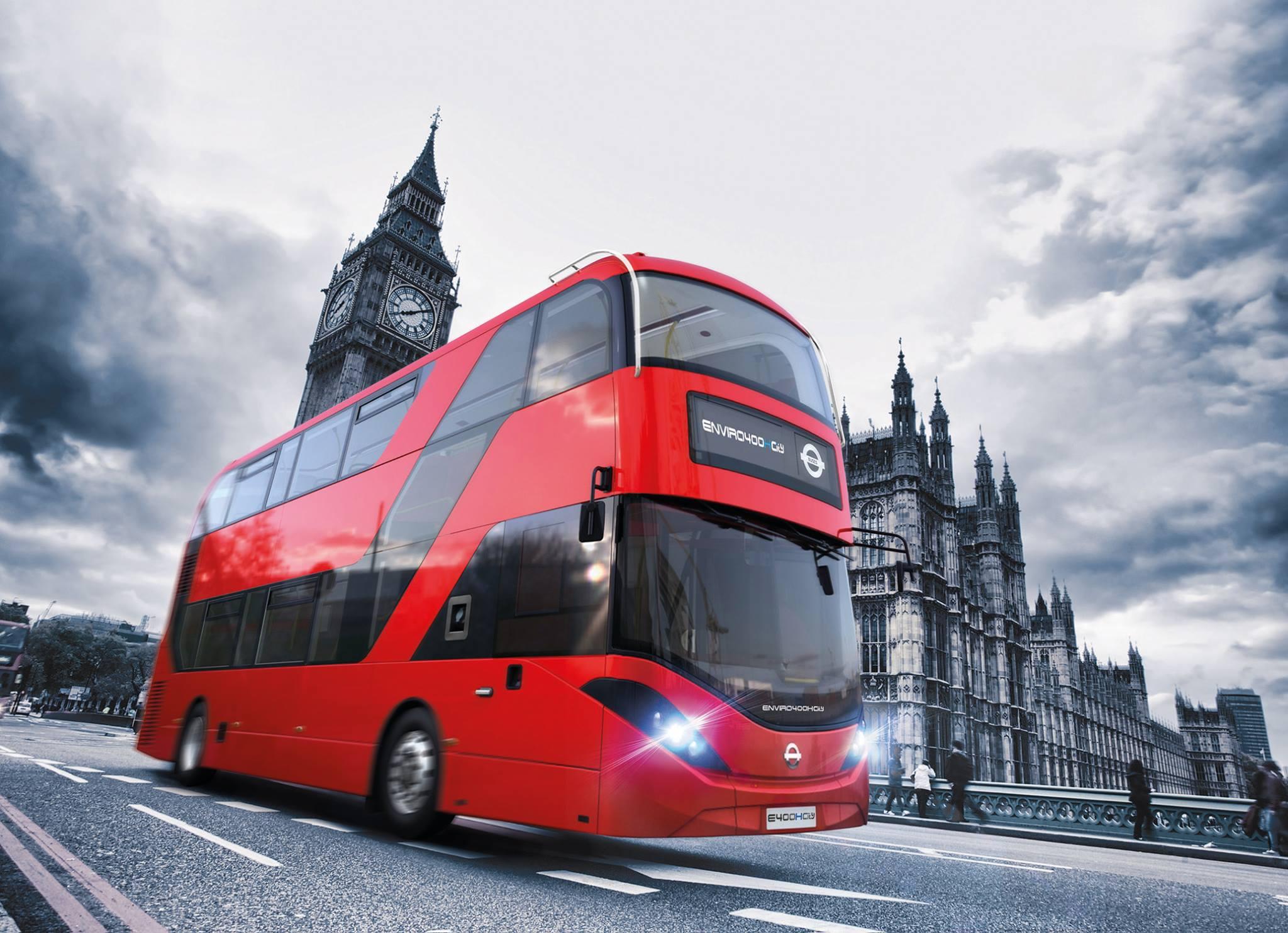 After a long wait, Alexander Dennis has just unveiled their new double deck design which is similar to the New Routemaster that Thomas Heatherwick designed.

Bus and Coach magazine has written:

A London-spec version of ADL’s new Enviro400 double-deck will be unveiled at Coach & Bus Live at the NEC on 30 September. The hybrid bus is one of an order for 19 for Arriva London which will go into service on route 78 later this year.

“This is a spectacular, new-look vehicle that will bring a further dimension to transport in the suburbs and the city centre of London”, says Colin Robertson, CEO, ADL. “It builds on the ‘London look’ with a glazed stairwell, wrap-over rear saloon windscreen and a series of unique design features that reduce solar gain. 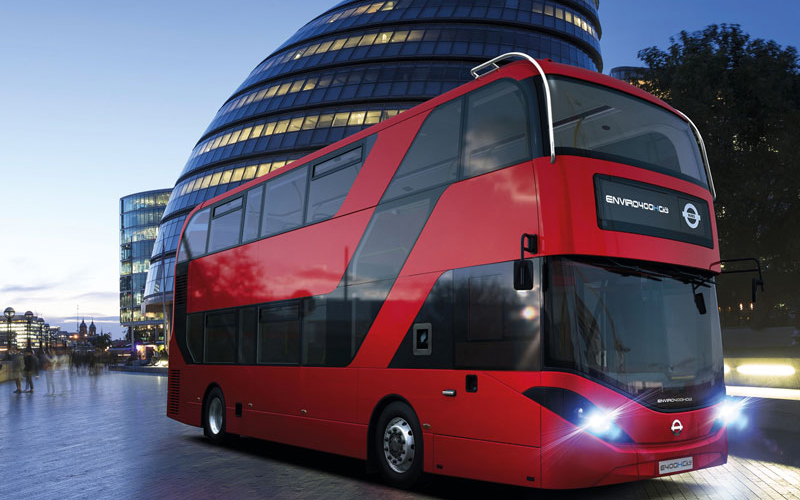 “Significantly, it also represents an evolution of Britain’s best-selling hybrid bus, our Enviro400 double deck, which has a reputation second-to-none for fuel economy, reduced emissions, reliability and all-round performance, hence the reason that 850 ADL hybrids are already in operation in towns and cities across the UK.”

The 10.4m Enviro400H City has capacity for 90 passengers and is powered by a Cummins four-cylinder, 4.5 litre iSBe engine, along with BAE Hybridrive.

The new contract for route 78 starts on 14th November 2015 according to London Bus Routes website.

The front design reminds me of the Single Deck Enviro200 MMC which is currently operating on London Buses route 499. I have captured footage of the bus which you can see in my video titled ‘Buses at Romford, East London September 2015’, you'll see it if you scroll to 4:05 & 4:52 in the video.

I've also found out that the New Routemaster design is owned by Wrightbus instead of Transport for London.

Included in Boris Johnson’s 2008 manifesto was the commitment to introduce a new bus specifically built for London. The environmentally friendly hybrid bus is similar to the original Routemaster bus design, featuring a “hop-on hop-off” rear platform, however is updated to accommodate the requirement that modern buses be fully accessible. The bus was designed by Heatherwick Studio and manufactured by Wrightbus.

The new design was unveiled in 2010, Transport for London applied to the Intellectual Property Office for Registered Design Protection for the new exterior.

However, information from the Assembly’s Budget and Performance committee has disclosed that the intellectual property rights for the bus remain with Wrightbus. Only when Transport for London has ordered 1,000 vehicles will they be able to enjoy the full unrestricted licence to have the buses, altered and manufactured by third parties.

Leon Daniels, head of surface transport at Transport for London, told Assembly members on Wednesday that there are no plans to order any more new busses from the 800 that have already been purchased at the cost of £250 million.

It is possible to come to the conclusion that, unless a future Mayor orders 200 new buses, taxpayers will not fully own the intellectual property rights that are found in the bus that they have spent money developing.

Other news relating to the New Routemaster is that the rear door has a warning notice with the yellow warning sign, and next to that there is some text which says “Stand Clear of inward opening door.” Also, they've added voice announcement which says “stand clear of the opening door.”

A question to the readers:
Do you agree with me that London Buses should ditch diesel (including diesel-electric hybrids) for full battery powered and hydrogen buses in order to gain clean air for London? (let me know in the comment section below). I'm extremely interested in watching how this situation develops as technology progresses.

I have written more about the New Routemaster bus in my previous articles which you can view below.