Nottingham has the largest fleet of bio-gas double deck buses!

TfL have announced that half of all Tube and London Rail journeys are made with contactless payment cards or mobile devices.

Half of all Tube and rail pay as you go journeys are now regularly made using contactless payment cards or mobile devices, the latest figures from Transport for London (TfL) reveal.

LBSL intends to enter into new contracts for the following routes with the operators listed below:

So excited to see Vantage Power's powertrain and telemetry tech powering this 1st of a kind! https://t.co/juQFkiUw94 Great working with @EnsignBusCo and @Go_AheadLondon on this. pic.twitter.com/LfuQA0Eymt
— Vantage Power (@VantagePower) April 11, 2018

From Department of Transport

Disabled and older people in England will continue to benefit from free off-peak bus travel for the foreseeable future, keeping them connected with their local towns and cities.
Read more »
Posted by CLondoner92 at 10:59 No comments:

Heathrow Express to continue service till 2028 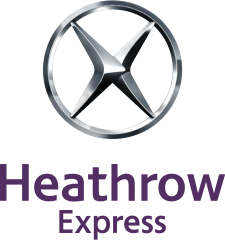 Heathrow Express will continue to operate the express service from Heathrow Airport to London Paddington until 2028.

Heathrow Express rail service has been preserved to at least 2028 under a new agreement announced today.

· New agreement confirms Heathrow Express for at least a decade
· Will improve rail service connections, resilience and reliability for Heathrow passengers
· Rail services to Heathrow to rise from 18 trains per hour to at least 22 trains per hour from December 2019
· Confirms Government support for developing western and southern rail links to Heathrow
Read more »
Posted by CLondoner92 at 20:05 No comments:

The Department for Transport announces new rules for penalty fares on the British railway system.

From Department for Transport

New rules coming into force today (6 April 2018) will offer a greater level of protection for rail passengers issued with a penalty fare, where they make an honest mistake, Rail Minister Jo Johnson has announced.

Fare dodgers will continue to receive tough penalties, but those with a genuine reason for not having a valid ticket will now be able to challenge a penalty with an independent committee, not connected to the rail companies. Once an appeal is received, the clock will stop on the 21 day deadline for the payment of a penalty fare, until the outcome is resolved.
Read more »
Posted by CLondoner92 at 09:14 No comments: